The Huntingdon Valley Chapel was built in the 1840's as a one-room schoolhouse. It sits at the corner of Welsh Road and Washington Lane, a road that dates back to the Revolutionary War. 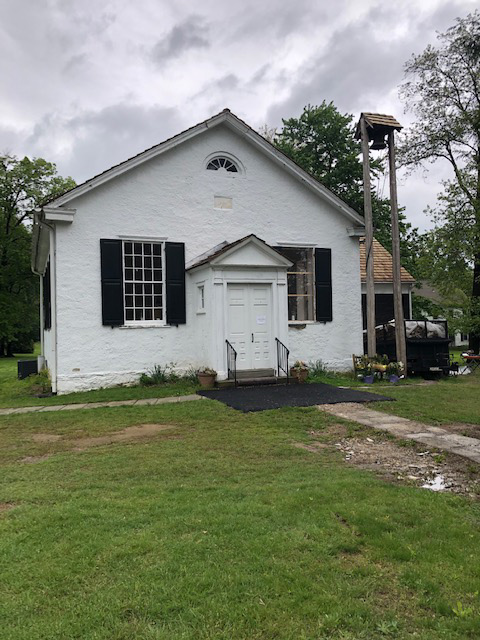 Chapel before repair and restoration

The first building (173 years old this year) at the corner of Welsh Road and Washington Lane - a road dating from the Revolutionary War - was a one-room schoolhouse and a stop of a Methodist circuit rider. In 1848 local farmers and paper mill workers expanded this humble structure and christened it the "Fairview Methodist Church."

The church continued to operate until 1872 when the population of the area dwindled and formal worship services ended. Some Methodist worshippers were buried in the Cemetery. In 1892 a group of local citizens tried to open the building as a Sunday school. This effort failed, however, and soon the church grounds sprouted weeds and the building fell into disrepair.

The land in the surrounding area was farmed to sustain a "children's village" established for orphaned children from Philadelphia. This "children's village" land was bought by Mr. Edward E. Marshall, a well-known horse breeder and local business leader. He organized fox hunting and horse racing at a private track located at Tallyho Road.

At the turn of the 20th Century, as Philadelphia grew and prospered, so too did Huntingdon Valley. In 1919 Marshall purchased the former church property and donated it to the Episcopal Diocese of Pennsylvania. Three other business leaders supported Marshall's efforts; the four each donated $2,500 to renovate the church and fund its operation.

That same year, Bishop P.M. Reinlander brought in Rev. John W. Walker to hold services. Apparently, Rev. Walker's faith and teaching were a great inspiration. After the first services, several members of the congregation met and agreed to support him as a full-time pastor. Bishop Reinlander persuaded Rev. Walker to accept the position. Walker assumed his duties as Pastor in the fall of 1919. Originally the name suggested for the Chapel was "Saint Hilda's" with the hope it might become a place of worship for the girls from the nearby Ogontz School, now a branch of Penn State University. However, the community prevailed and it came to be called "The Huntingdon Valley Chapel.

The year 1919 was busy for the Rev. John W. Walker. In that year he also assumed the position of Headmaster of Meadowbrook School. He remained in that post until 1941. In large measure, it is the spirit of John W. Walker that shaped both Meadowbrook School and the Huntingdon Valley Chapel. He helped shape the lives of many families in this beautiful region.

Walker quickly got to work. He immediately drew up plans for renovation and expansion of the church. Notes taken at the time say, "The Chapel was lathed and plastered inside. A new Haskell pipe organ with full electronic action" was donated to the church and placed in a newly constructed wing of the building. The notes continue: "Pews, floor, and woodwork generally were repaired and repainted ...and a pipe-less heater installed ... A center entrance into the chancel was cut through the railing and the Chapel was made ready for the worship of the church as indicated in the Book of Common Prayer.

Finally, in 1921, the Chapel was formally established under the cannons of the Protestant Episcopal Church. 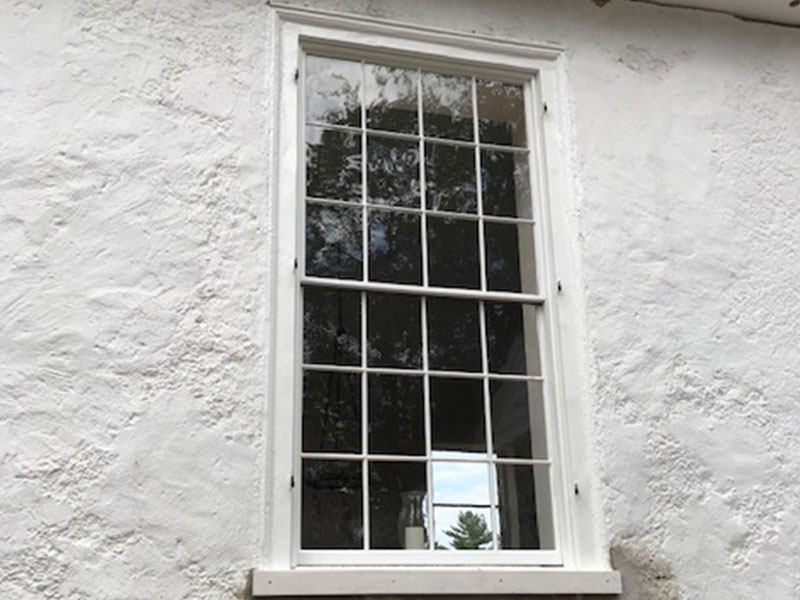 Under the leadership of Rev. Walker, the Chapel soon drew "an enthusiastic following”. The ranks of the faithful swelled. In 1922, the church grounds were expanded and a larger delineated cemetery created. The lots were sold to the members of the congregation for $200 each. The price soon was raised to $540 per lot (about $6,000 per lot in today's dollars).

Through the 1930s, during trying economic times, the Chapel still flourished. Leading members of the community stepped up and volunteered time and resources. Chapel notes from these years frequently mention contributions of labor and gifts from parishioners. A Women's Guild and Altar Society supported good works both in the parish and the surrounding community. Church members worked as volunteers at the Abington Hospital. They also provided food and clothing for the needy. With typical modesty, the notes from the mid-1930s say: "The Guild is also responding annually to many calls for help, in the form of money, to organizations outside our home district.''

Huntingdon Valley was truly a blessed community. Members of prominent families generously donated not only financial support but also time and effort on tasks ranging from planting trees to embroidering vestments and kneeling pads. Local captains of industry taught children in Sunday school and served as delegates to regional and national religious conventions.

During the war years, some members leaving for duty war duty flocked to the Chapel to be married. Their gifts to the church were, in turn, donated to the Red Cross and other relief work. Some of these soldiers and sailors were returned to the church to be buried. 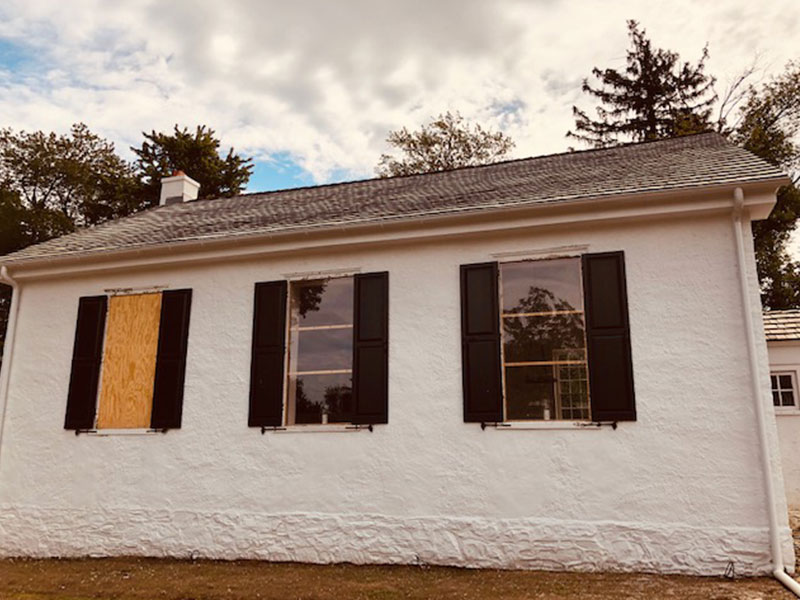 Windows in process of repair and restoration to original condition

Parish records taken at this time note increased demands placed on the Cemetery. Over the years additional land was purchased and donated to make room for burial lots. This call for cemetery space was a testament to the strong support the Chapel offered to the founding families.

In short, the Huntingdon Valley Chapel was, and remains, a spiritual and historical touchstone for many current and former members of the community. It is the location for many important events of our lives – where family members have been baptized, confirmed, married and buried. For nearly a century, it has been a place of worship and reflection, a special place where we could dwell on, as Abraham Lincoln said, “The better angels of our nature.”

Since its opening in 1919, the history of many families has been intertwined with the Chapel. For example, in 1919 the names of Heads of Families included:

As the Chapel grew, the institution became an important part of the community. The good fortune of its members was reflected in the vast number of gifts and financial contributions made to the Huntingdon Valley Chapel by a wide range of families. In 1927, Mrs. Wharton Sinkler provided for the first inside and outside painting of the Chapel. Mrs. George W. Elkins provided for the bell tower and Mr. Edward Marshall gave additional land for parking. Whatever was needed was provided; the institution's official records are filled with familiar names and the notation of gifts large and small. 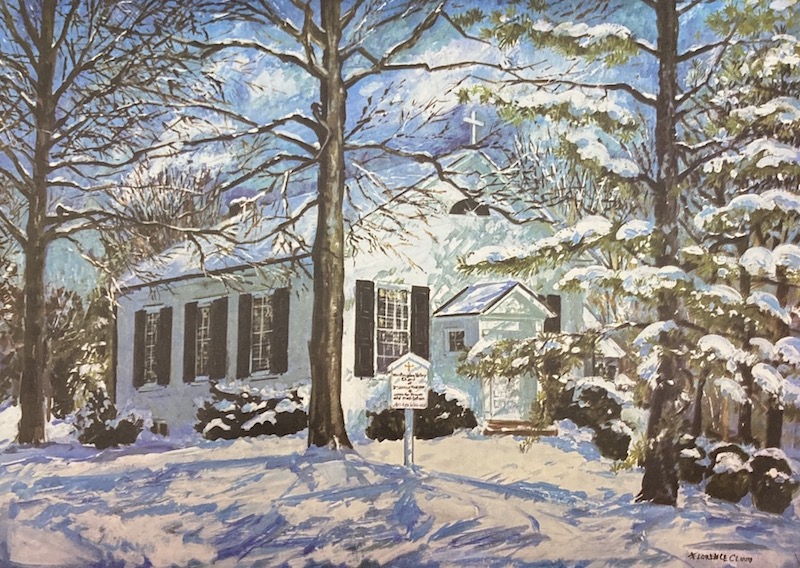 1950’s painting of Chapel in the snow

For example during the 1930's, extensive improvements were done to the Chapel, expanding its size and refurnishing its interior and organ. Mr. and Mrs. Wharton Sinkler provided generously for this work along with records showing the following:

In 1940 the Chapel built a Vicarage on ground given by Miss Ellen Herkness with the direct support of these families:

World War II had a profound effect on the Chapel and parishioners. Parish notes record that at the end of 1943 more than “60 of the congregation were serving with the armed forces." The notes further say that "attendance at the eleven o'clock, Sunday service, dropped rapidly due to the gas rationing.”

By 1948 life in the Huntingdon Valley region was returning to normal. The congregation's records report that, “$5,000 was given for objects outside the local work (About $53,000 in today's dollars). About half of this sum was for foreign relief.” This included "many barrels and boxes being sent to Holland and to an orphanage in Scotland.”

Plan for the construction of a new, larger church building and educational facility. This important project was led by David B. Smith and Alan R. McFarland.

In 1956, Rev. Walter K. Malone successfully applied to the Diocese of Philadelphia for the Chapel to become a parish. The name St. John's was chosen because this saint is considered a quiet, spiritual man whose life reflected qualities admired by community.

In 1957 a new Church building and educational facility was completed to accommodate the growing parish and services were gradually moved to it from the Chapel. Members of the Vestry at this time were: 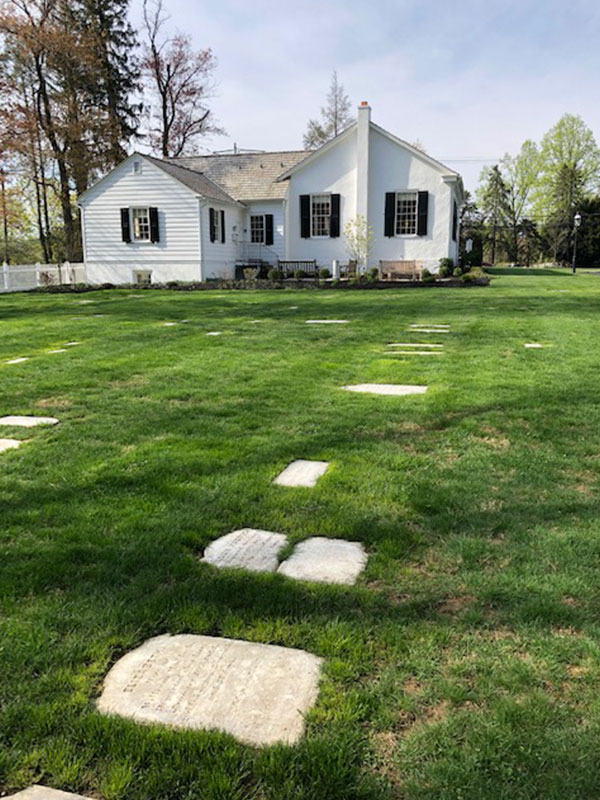 As generation passed onto succeeding generation, the tradition of support for the Chapel still continued. It continued for decades, even with the growth of use of the new next-door St. John’s. Many annual gifts were made to help the Chapel and the Cemetery continue in decent condition. The official records of the Huntingdon Valley Chapel offers extensive details regarding gifts large and small given by its members, including furniture, a rope for the Chapel bell, paint and repairs for the front doors, vestments and kneeling pads.

Whatever was needed for the Chapel was provided by work and dedication of St. John’s members and their families. The Chapel's rich history and its contributions to the community make it a special place for generations of its current and former members. For many, it was the focus of their spiritual lives. For many others, the Cemetery remained an important family resource. It's for these reasons that current and former worshipers have yet again worked to assure that the Huntingdon Valley Cemetery and Chapel will remain protected and lovingly cared for now, and sustained into the future.